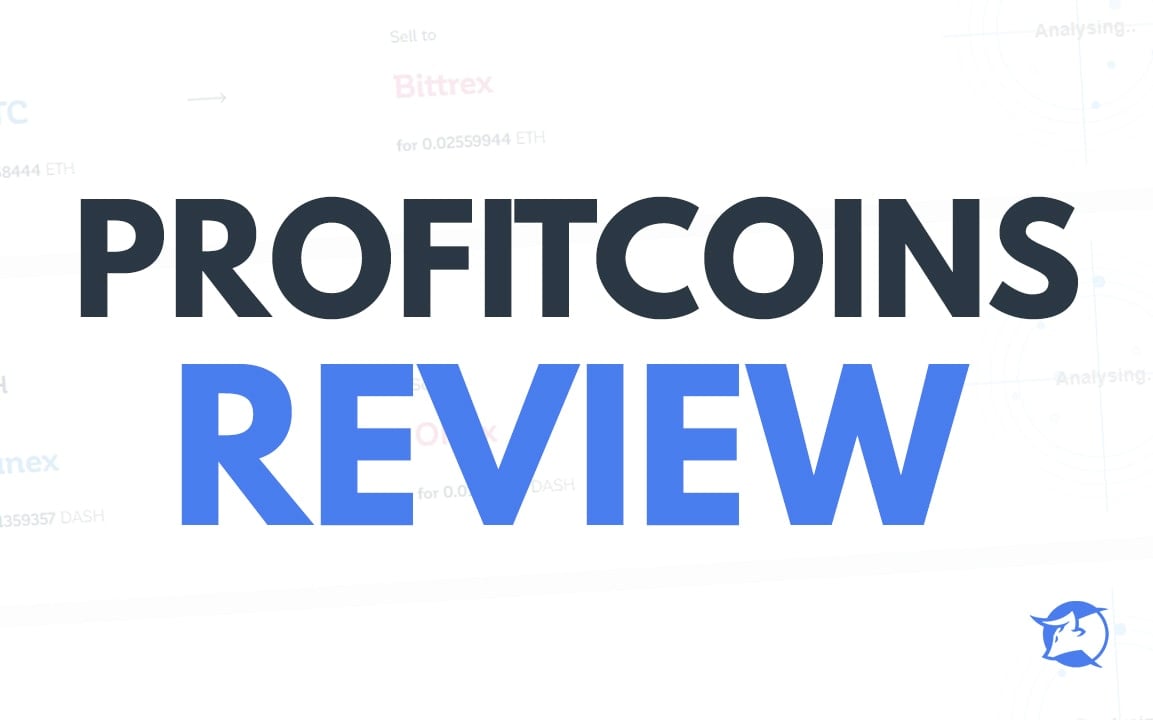 ProfitCoins is a platform that offers a variety of tools and features. One of their primary tools is offering cryptocurrency traders the chance to capitalize on the difference in price between exchanges on the same assets. Does ProfitCoins have all the tools you need, though? Read our complete review to decide if ProfitCoins is for you.

ProfitCoins is a new company which was established within the last 12-months and which purports to offer cryptocurrency traders the opportunity to capitalize on the difference in price between exchanges on the same assets. This is a type of trading platform model which seemingly is set up to take advantage of these price differences through a style of arbitrage.

The company was founded by Rocio Knight and team. They have so far endured a turbulent time within the online community with many highlighting the potential of a possible ProfitCoins scam. Nonetheless, as we do with all out top forex broker reviews, we will be impartial and give a full and thorough assessment of the service. 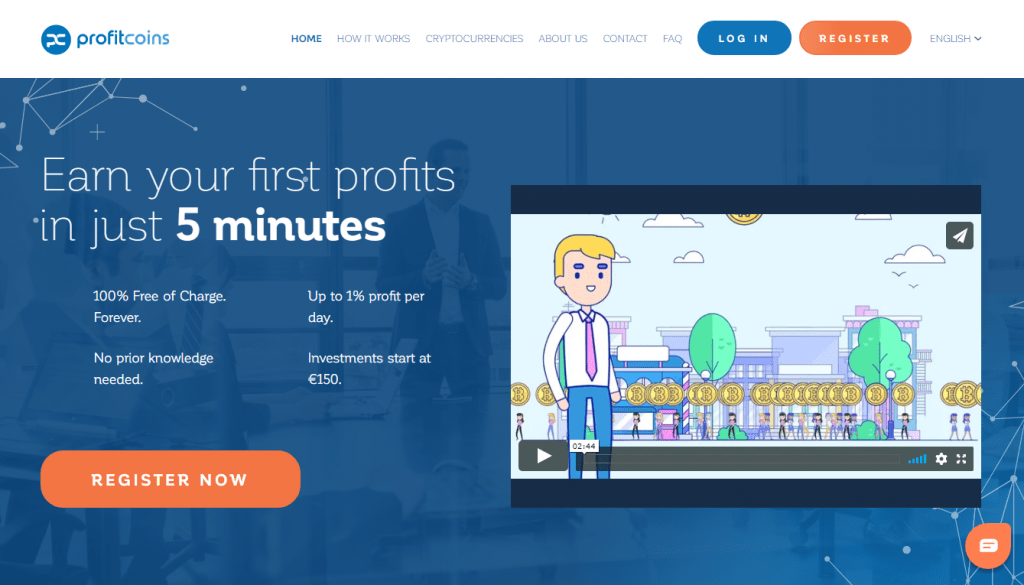 From the exterior, it seems as though ProfitCoins is a professional and well-designed service. The company homepage is slick and in the style of many companies who have previously launched ICOs. It also details several key features of the service. 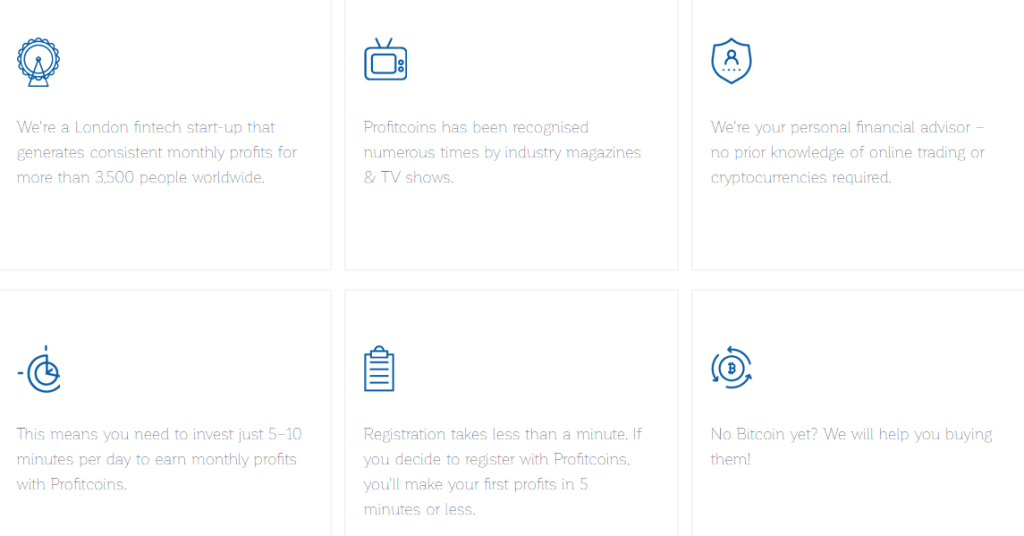 The ProfitCoins team and systems are reportedly working at all times on the analysis of more than 100 different currencies and providers in the marketplace. This provides them with the required data to spot a price gap almost instantly which they say allows for profitable trades to be made.

The company allows for a leverage of as much as 1:25 on your capital. This would allow you to greatly increase the amount of funds you have available to trade the recommended positions of ProfitCoins.

The service has an advanced algorithm in place to identify market fluctuations and capitalize on them immediately. The process includes an automated buying mechanism which ensures that ProfitCoins are able to lock in the best possible price at the correct moment.

The service claim via their website to be free for everyone and forever. This is not strictly true as there are some fees associated with using the service. This includes a 25% fee on any profits which you make through the service.

Although there is no exact confirmation through the company, it is also likely that they apply some form of spread or fee to the transactions of buying and selling the coins on your behalf.

There is also a certain amount of risk involved, as with any form of trading or use of any of the signal services and other forex platforms we have reviewed. This is something you have to take into account when operating through ProfitCoins.

The ProfitCoins team is quite vociferous in terms of positive claims regarding profitability when using their service. They claim to be followed and trusted by more than 3,500 clients. This is still very small in number comparative to other services like ForexSignals that we have reviewed.

Going a step further, they claim that you just need to invest a short time to become profitable with the service and that your first profits are just minutes away. They also market the potential for you to increase profits through leverage.

The reality is, having read through the process of how the company buys the cryptocurrency and try to exploit price differentials, there is a great deal of risk attached to the process.

The fact that the time difference between purchase and sale of the assets is between 30-60 minutes seems curiously long, added to the fact that the company loan out your capital in the interim period seem to make the process very far from being guaranteed profit.

This is a point which has been raised in many online reviews from users of ProfitCoins together with the fact that many difficulties appear to arise when they wish to withdraw funds. Ultimately this would appear to strongly indicate a lack of transparency within the operation. The company does mention their advanced Predictive Crypto Currency Trading Algorithm which they say helps to solidly identify opportunities in the market, yet there is no details on how this actually works. 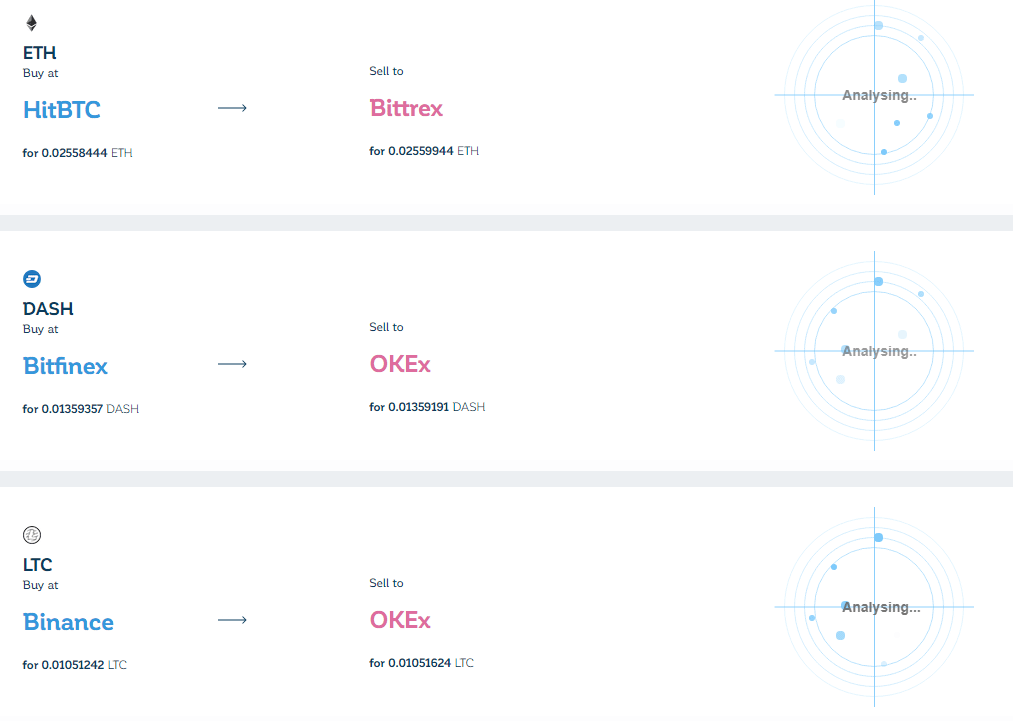 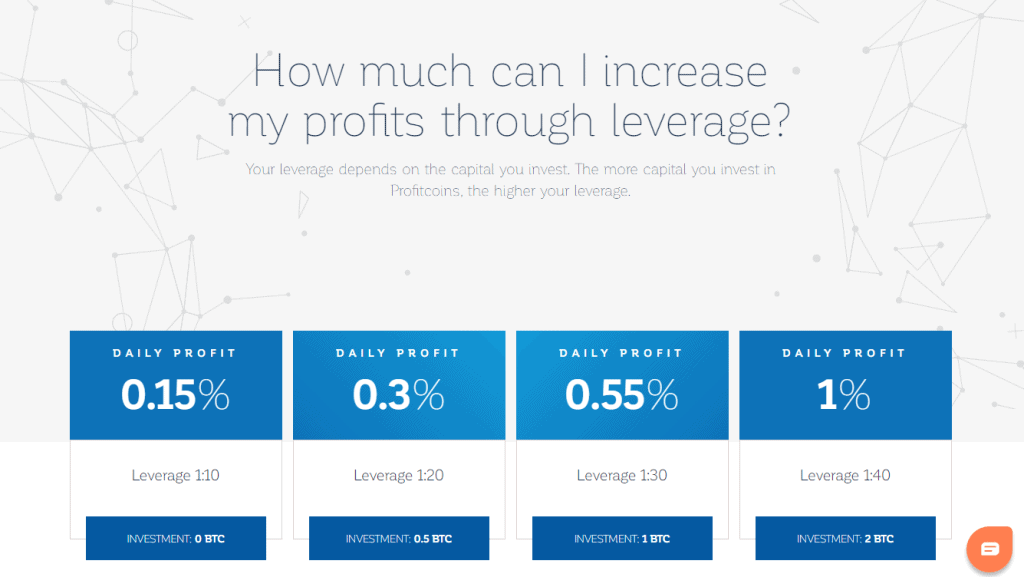 At the time of writing, there were very few verifiable reports of users who have been able to withdraw a profit from the service. 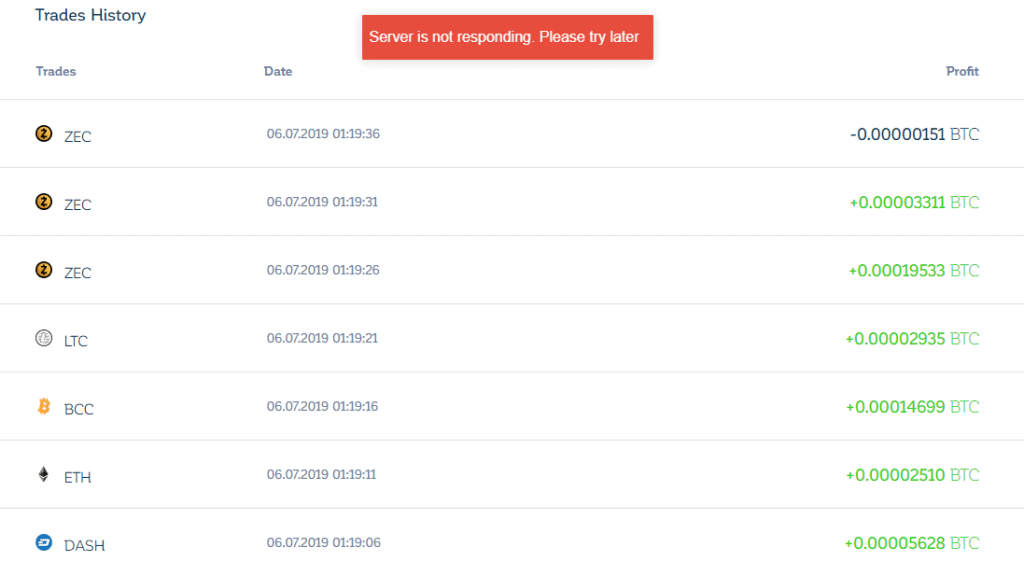 When it comes to support, ProfitCoins offer two main options for contact. The first is a web-based live chat function which is available from their website, and the second is a contact form which they say is monitored 24/7. This support seems sufficient. The company has also listed a business address in London although no telephone contact is made available.

When it comes to levels of trust, the company is registered in the UK, although does not appear to be regulated by any major financial regulator. This is a minor cause for concern.

The more immediate and major cause for concern would be the fact that many previous users have reported trouble with accessing their funds after deposit with ProfitCoins, and much less actually withdrawing any profits. This places quite a large red flag over the organization and caution would be advised to those wishing to deposit and particularly anyone utilizing leverage. 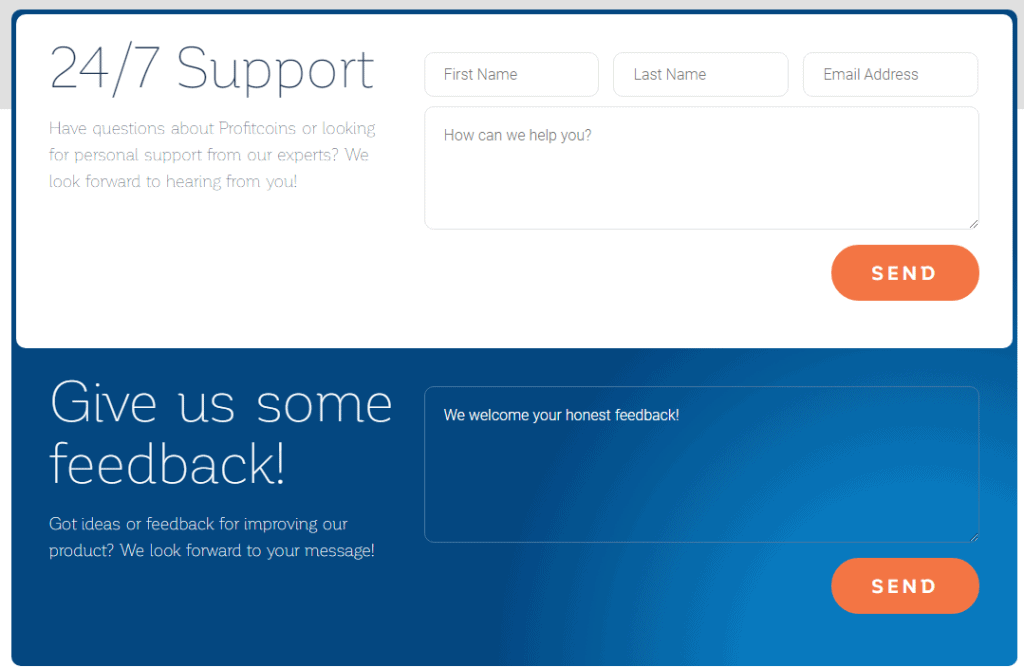 Who Should Choose ProfitCoins Service

Since the service is solely focused on cryptocurrency, that would be the first obvious distinction to make regarding potential users. They should also be interested in trading cryptocurrency and aware of the possible increased volatility involved.

Also, due to the fact that this service seems to heavily focus on the need for leveraged trading, the user should be experienced enough to understand this idea of leverage and the associated risks. In short, the service, if used, should really only be considered by more experienced traders. 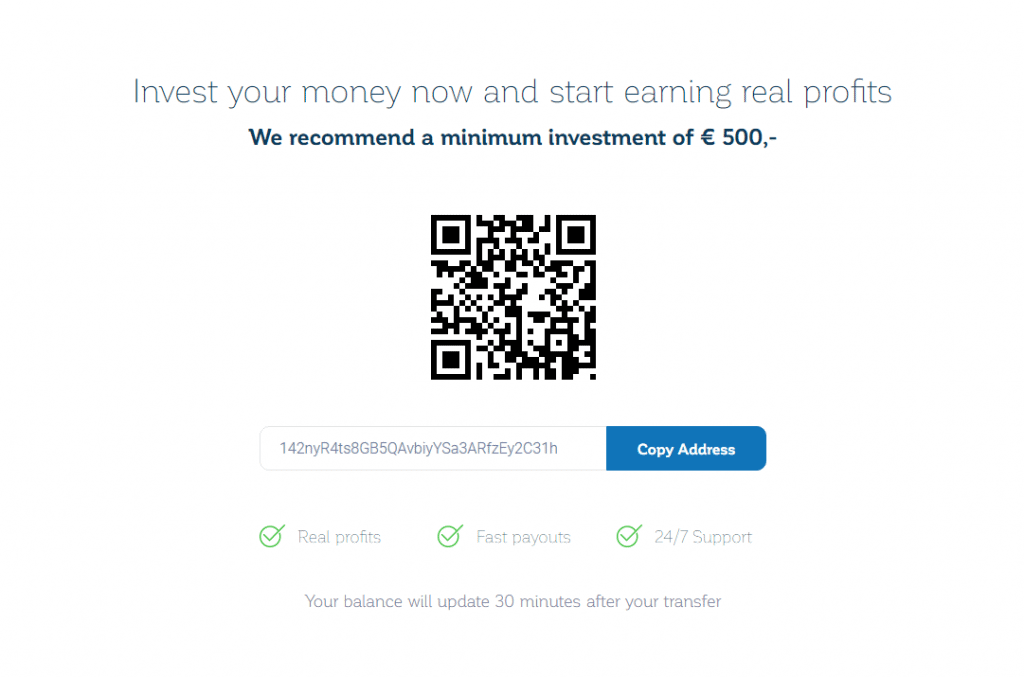 Overall, the final word on ProfitCoins remains quite negative. This is concluded due to a number of factors such as the lack of clarity in operations, the lack of proof of how the trading systems actually work, and very much due to the strongly negative feedback garnered from many who have attempted to use the service.

At this moment, it would be very difficult to conscientiously recommend trading with ProfitCoins to anyone. In order to change this situation, the company really needs to focus on creating a more open, communicative, and transparent operation which is responsive to its user base, and clear in what it can achieve. 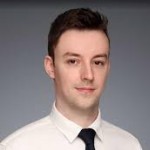 Anthony Gallagher is a financial journalist and forex expert with years of experience in the industry. Anthony's writing is informed by personal trading experience, which he uses to help other forex traders improve their results. Anthony has tested dozens of forex trading tools and written hundreds of articles for many well-known sites in the industry. He is recognized for his insightful analyses of global markets and data-driven trade ideas. 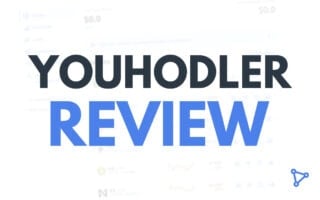 YouHodler Review – An In-Depth Look at This Crypto Platform 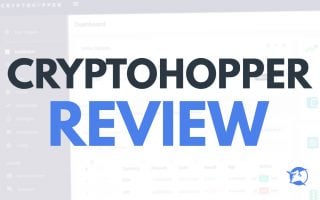 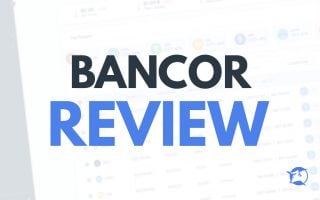 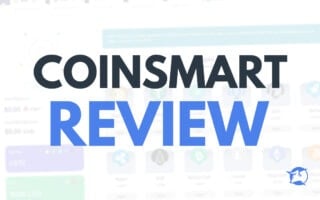